You are here: Home1 / ABOUT US

Image description: A collection of people sitting around a table with paint pots, pieces of paper and other art materials. One person is standing and talking, while the others are listening.

MaMoMi is a Community Interest Company and Social Enterprise

Set up in 2015, the main objectives of the organisation is to enhance the experiences and expand the possibilities available to the visually impaired, deaf-blind and those at risk of exclusion. We use visual culture as the platform for engagement and ask you to join our journey to engage, explore and enhance.

Art and design add an enormous value to the community and society as a whole and presents a great way of interacting with our visual environment.

Art gives us the opportunity to explore various ideas and subject matters and is an essential part of public education. Design allows us to explore the function and ergonomics of materials and objects. Experience and research continue to show the value of visual culture and we believe it is important that these values and opportunities are open and inclusive to all.

As we continue to embed best practices within our processes, we embrace a progressive cultural shift and continue to spread the goals of improved access. Our ultimate goal is to support an inclusive society where the appreciation of and engagement with visual culture is not the single privilege of sighted enthusiasts and creative practitioners. 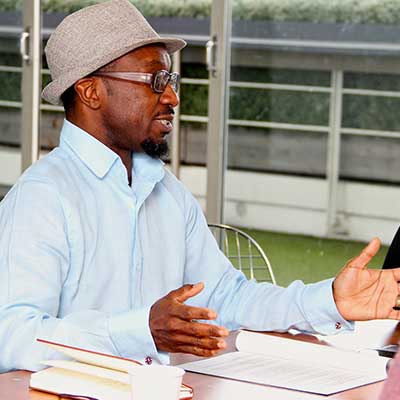 Andrew is an artist, design enthusiast and museum educator with a passion for mixed-media practice, audience engagement, access and social inclusion. As an artist, his medium of choice is mixed media and he continues to explore and engage materials that investigate minimal intervention while recording the seemingly inconsequential. Many of his artworks include 3-dimensional paintings, metal sculptures and prints.

With huge experience in audience engagement and as a freelance Access Officer at museums including the Design Museum, and curator of several independent exhibitions, Andrew continues to strive for excellence in his approach. His methods can be observed in his interest in providing an arts programme that is both inclusive and engaging, and setting up MaMoMi was a natural progression that has enabled him to expand this interest in making visual arts accessible to all audience types.

Over the last decade or so, Lynn has immersed herself within all art disciplines including theatre, music, dance, visual and performing arts. She has previously served for some time as Chair of Extant and Vice-Chair of the Audio Description Association, as well as being a Trustee for both organisations.

Lynn is an established freelance Disability and Visual Equality Trainer, who had been working since 2003 with commercial, public and third sector organisations. She has worked with major disability and arts organisations including Shape, Tate, the Serpentine Gallery and The Ambassador Theatre Group. During this time Lynn has created a number of fun interactive training courses including Audio Description, Touch and Adaptive techniques.

Since 2006, Lynn has been working as a mentor and performance and life coach for a number of organisations including Drake Music and Shape. She continues to specialise in assisting disabled and non-disabled artists working in all disciplines to fulfil their potential. 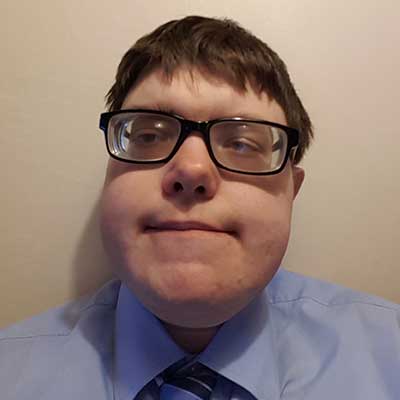 James is a visually impaired IT developer focusing on databases and data analysis, with more than a decade of experience in software engineering.

He is also an avid amateur photographer, with most of his work focusing on animals, buildings and objects rather than people, and has limited experience of creating Flash animations using the SwishMax application.

His day job has not allowed sufficient time to keep his animation skills up to date, but in recent years he has been pleased to support the MaMoMi Initiative in various roles. As a vocal advocate of accessibility in all forms of art and design, he is deeply honoured to be part of this exciting and innovative team and to have supported disabled theatre at the Edinburgh Festival Fringe. 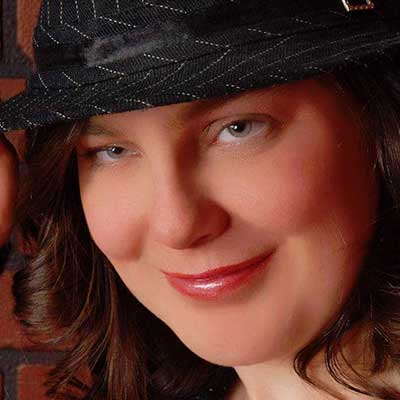 Zara graduated from the prestigious Royal Central School of Speech and Drama with a Performance-Making Diploma. Since graduating she has guest-starred in Holby City (BBC1) and Damned (Channel 4).

Her numerous theatre credits include Famdom at Performance Space, London; Sensory Immersion at The Arcola, London; Martha, Josie and the Chinese Elvis at Stephen Joseph Theatre in Scarborough and New Vic in Stoke; and Fix Us at Edinburgh Fringe and The Vault, which she devised with other performers. Zara performed ‘In Touch’ at The National Theatre in collaboration with a Russian theatre company and took part in WOW Festival with the Where’s My Vagina collaborative. She has also appeared in the Scope web series – End the Award.

Zara was first published at age ten, when she had her first poem published in Cosmic, as part of a UK schools’ collaboration. She has also had a few poems published in a charity magazine called Sense. She is a key contributor to the Not Going Back To Normal Scotland campaign. Zara’s poems: The Tunnel and Behind The Curtain are featured in ‘A Blind Bit of Difference’ as part of the student poets’ anthology created via sensory workshops with the students. She has also been involved in the Stephen Joseph Theatre poetry summer school, where she created two poem-films. In addition, she has written a short play ‘Waste’ inspired by climate change which was performed in 2009 at the Oval Theatre, London.

Zara recently scripted and hosted a podcast ‘The Zara Show’ on Anchor, where she interviewed artists, performers, singers, poets about their work, and how it has been affected by the pandemic.

At MaMoMi, we understand that visual culture can be non-inclusive for the visually impaired but also know that giving access to visual art to everyone including visually impaired and deafblind is a very enjoyable and rewarding experience.

To this end, our mission is to engage, explore and enhance.

Our multimodal approach augments the experience of our participants, exploring the senses as we interact with visual culture and the world around us. We facilitate the interpretation of visual art by using various tools and processes, including the touch of original artworks, the use of handling objects, exploring tactile images, audio description, and a mix of multi-dimensional interfaces. 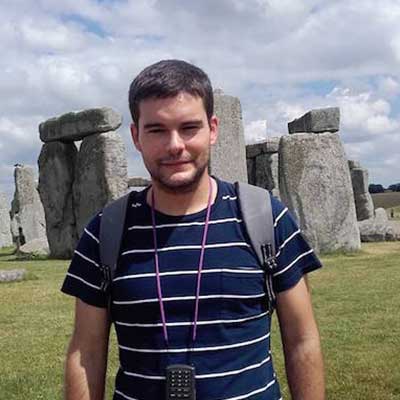 Ismael graduated with a Fine Arts Degree at the University of Granada in 2012, specialising in Contemporary Art and Painting. That same year he was selected from a number of international artists to assist in the completion of the work of one of the most important Realist artists at the moment in Spain, Miguel Ángel Golucho in Casa Ibáñez Museum Olula del Río (Almería).

His interest in MaMoMi stems from what he says is “the relationship between inclusive art and education and how this can open art to various audiences, languages, materials and senses, to increase the mean of art.” That we can break barriers and obstacles and improve learning, communication and creative development are things he wants to learn from and support. 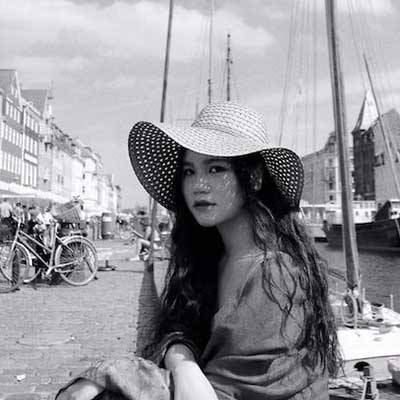 Shisheng is a Graphic Designer and keen illustrator currently studying for her MA Degree at Loughborough University. She says that since the age of 6, her strong passion for art has taken her on a long journey of artistic enquiry, exploring both illustration and ceramics. “I have a solid artistic background and a unique insight into art.”

About her interest in MaMoMi, Shisheng brings years of painting experience to help transform the engagement level of some of our drawings and 3D work. Patience and enthusiasm are character values she says are essential for working in public-facing roles. 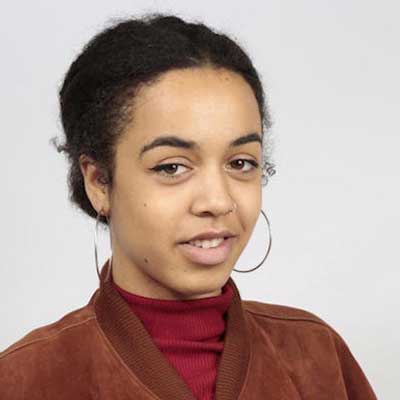 Rebecca graduated from Interactive Design Arts at the University of the Arts London in 2016. In 2018, she received funding from Westminster City Council to coordinate her own project ‘Expressions’, an exhibition of collaborative works by local young women of colour, in order to address the lack of representation within the art world.

Rebecca has a keen interest in inclusive creative practice and continues to support MaMoMi to increase accessibility to the arts for all audiences especially young people, while also building up her knowledge of how to create inclusive spaces.

We are a Social Enterprise

Free of shareholders, social enterprises choose to plough their profits back into the business to deliver on their social or environmental mission, which might be getting homeless people off the streets and into work or reducing the amount of waste that goes into landfill.

To find out more about social enterprise, visit www.socialenterprise.org.uk

You can find out more about which cookies we are using or switch them off in settings.

This website uses cookies so that we can provide you with the best user experience possible. Cookie information is stored in your browser and performs functions such as recognising you when you return to our website and helping us to understand which sections of the website you find most interesting and useful. You can adjust all of your cookie settings by navigating the tabs on the left-hand side.

Strictly Necessary Cookie should be enabled at all times so that we can save your preferences for cookie settings.

If you disable this cookie, we will not be able to save your preferences. This means that every time you visit this website you will need to enable or disable cookies again.